Riding spurs come in all different shapes and sizes, but this is just a general guide to fitting them.

And there you go. Make sure you know what you are doing if you plan to ride a horse and use spurs. If used incorrectly they can cause the horse some pain, panic fear and discomfort.

Here are a list of things to remember and consider when buying any antique westerns spurs or collectable boot spurs. They are not a definitive guide of what to look for but these points will help you with buying items at auctions and finding new gems for your boot spur collection.

The markings on the western spurs will let you know who made them and in what time period. The North and Judd anchor mark for example. Know your markings!

Each maker has their own design style and unique manufacturing methods when they made their boot spurs. Some use certain styles of Rowel and others have different shaped shanks - so bear this information in mind. You will soon be able to spot the maker with just a glance.

Whether you collect new or old spurs, taking the age into account when buying will allow you to make the right purchase. I suggest that you cross reference the item against another item that has sold. If the price seems to good to be true, bear that in mind. Even really old spurs are not always what they appear to be.

Buying antique spurs at an online auction is most likely the best way to proceed in starting or adding to your collection. All manner of maker, shape and size are available 24 hours a day! But remember that there must be a limit to what you are prepared to spend. Some people just like to have spurs for decoration and actually use them too - but others require them as a collector of fine mid west american history. Don't go mad - bidding too highly is easy to do.

When you talk about Cowboy Spurs and the makers of western bits, buckles, spurs and tack there are 3 famous makers, referred to as "The BIG 3" that are most common.

Collectors of western memorabilia know these makers as a testament of quality, originality and genuine American history.

North and Judd are probably the oldest "larger scale" manufacturer of spurs and horse-riding equipment, who started in Connecticut before 1800.  They went on to become the supplier of spurs to the US cavalry and army who used them during the American Civil War.

Expansion was key to their success and they bought the Buermann brand which took their workforce to well over 500 people, positioning them as one of the largest and most successful brands.

If you are looking to buy a pair of North and Judd spurs, make sure you look out for the anchor marking, which was hand stamped on to every pair they sold.

Read more about the North And Judd company over at the New Britain Industrial Museum website.

As with N&J we have just discussed, the Renalde name, headed up by Jim Renalde (after taking over the company from his late father James), was also a quality brand that bought up other companies to establish themselves in the market.

Renalde had absorbed the Crockett and Kelly names into their brands by as late as the 1960's which made them pretty much the biggest maker of spurs until the company ceased more recently.

The Renalde brand is a more modern success in the realm of western spurs, saddles and equipment and good old business acumen.

The Crockett brand is also one of the old-time greats in blacksmithing and making cowboy spurs.  Started in the early 1900's, Oscar Crockett has grown up working in the family business and started out on his own, making spurs and horse-bits, eventually moving to Kansas where he saw out his days making cowboy boots.

As we have already mentioned, the Crockett brand was bought up by Jim Renalde, but before that Oscar had also expanded his own company, bringing on-board the Shipley Spurs company, boosting their sales and profits across the US and the world.

There is a great timeline about Oscar Crockett at The Original Crockett Bit And Spur Company website.

Business was booming in the US when these companies started and there was a large demand for good quality bits and spurs for general use, but also for the US army, which was also growing at the time.

However, big business also means that companies are bought, sold and combined.  Jim and James Renalde were perfect business minds, buying the right companies at the right time and became the largest trader of spurs. 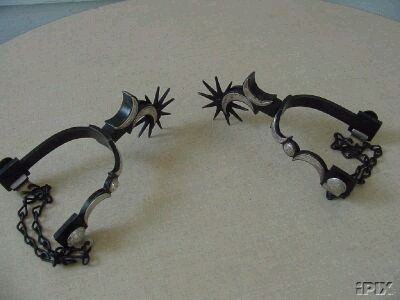 When purchasing a pair of cowboy spurs or vintage cowboy spurs, it is important to know as much information about the item you are buying.

As you become more proficient in knowing the marks of the spur makers and the different designs of rowels, you will be able to spot a pair of North and Judd spurs a mile away.

Half Mounted Spurs can feature a wide range of designs of silver, bronze or copper decals, patterns or motifs. I suspect you could even get a pair with your name mounted on too - if you really wanted!

If you look at the picture above you can see that the silver decoration is only on the outside of the spur, not on the inside.

If you are looking for the best pair of antique western spurs to add to your collection, you might want to consider getting yourself a pair of Full Mounted Spurs or Double Mounted Spurs.

This term refers to the extra designs, images or "flash" that are mounted all around both sides of the cowboy spur - inside and out. Most spurs are half mounted, only showing designs on the outside but there are pairs where the maker has decided to put as much silver onto them as possible.

The double mounted spurs will cost more money and will generally be more valuable as a collectors item as the extra amount of the silver, copper or bronze will add to the overall value.

What are goose neck spurs?

The term Goose Neck Spurs refers to the design on the Shank or neck that protrudes from the rear of the spur to the rowel at the end. Any design that curves slightly in the middle or towards the end is classed as being a goose neck shape.

I guess that the shank that curves towards the end would be more likely to be classed as a goose neck. If you imagine a real gooses head and neck you will be able to imagine what the design will look like when transferred to a cowboy spur.

Many different makers of spurs such as Buermann, Crockett and North and Judd made spurs that feature this kind of design and it is pretty common place. 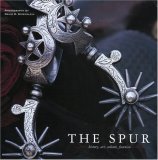 This book is a must if you are interested in collecting anything related to western american memorabilia. The book, part of a 3 part series on cowboy gear, features photographs by David R. Stoecklein showing cowboys spurs and related items in glorious color and in perfect detail.

The amazing workmanship can be seen in each of the items that David has chosen to photograph and they are all stunning images and great examples of the skill of their makers.

You will be able to learn about the different styles and types of cowboy spurs and how they changed through the ages and how they differed in different parts of the country. You will also be able to see great examples of Mexican and Spanish spurs.

With each photograph comes a back story of the item being shown which only adds to the richness of the images you are looking at.

If you are an antique cowboy spurs collector or are interested in fine vintage American items, then this book will be a perfect addition to your bookshelf.

Buy the book at Amazon now. 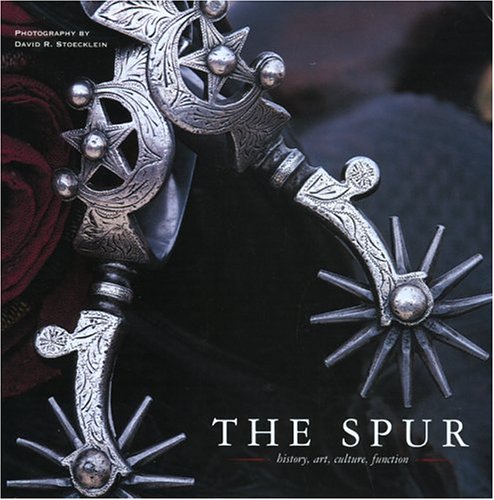 See a list of other books by David R. Stoecklein

The use of boot spurs in a military cavalry is something that historically has been used in many different militia throughout the ages. Cavalry Spurs were widely used as items of award or as a sign of rank and experience within a cavalry and were given to those soldiers who had progressed on to more than just a basic recruit.

After the soldiers were involved in their first combat situation, they were awarded a pair of boot spurs as a form of medal and then became part of The Order Of The Spur. These spurs and certificate were often given at a dinner or event called a "Spur Dinner" where all rookie soldiers were awarded their spurs.

There is also a process and tradition called a Spur Ride where new recruits performed a series of tests and events designed to test their ability on a horse and also their knowledge of the rules, regulations, history and traditions which they were expected to recite from memory. This Spur Ride was also a way that the soldiers were able to earn their spurs to show that they were more experienced riders and fighters than other new recruits.

Within the Cavalry, the soldiers that wore spurs then became of a higher rank or level than those who had none. Although the soldiers may have been of a similar military rank, the fact that they had earned their spurs in battle or on a mission was a sign of their seniority over those who had yet to get them.

The Cavalry spurs were usually made from silver and were mostly the English, Prince Of Wales style spurs. There were also sets of gold spurs that were reserved for the soldiers of proper higher military rank or those that had been involved a higher number of combat situations.

An important part of the cowboy spur is the heel chain. Although this item is not really required to keep the spurs on your boots (depending on the spur design), it does add a little extra flash and show.

The spur heel chain is designed go around the back of the wearers boot but many of the normal sets of spurs you can buy are designed to use a spur strap or tiedown instead of the chain. The chains were possibly introduced to make the fit of spur more snug against the boot.

The heel chains were either made from silver or a cheaper metal. They are also of a very fine design and are not designed to withstand anything too rough. If you want to imagine what the chain is like, think of a slightly larger version of a silver necklace.