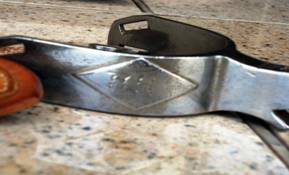 When you think about rare western memorabilia or americana collectibles, you dont think of Cowboy Spurs are being one of the items that may be the most valuable of the lot.

A maker of Cowboy Spurs called James Oscar Bass from Atlanta, Georgia was to become one of the greats in the industry and his spurs are known world wide for their rarity and quality.

J O Bass senior first set up their family blacksmith shop in Quintaque in 1897 after the family moved to Texas and soon J O Bass junior was helping his father making all manner of items which included a few sets of spurs as sideline items. 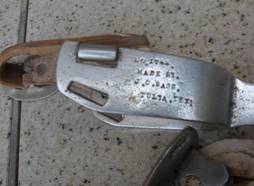 Each set of JO Bass cowboy spurs are marked with the name of the place they were created and a number which most believe to be a pattern number rather than a serial number of the individual pair of spurs.

The spurs were all of a similar design, straight with a long shank, a squared off narrow heel band and swinging buttons.

Collectors of cowboy spurs know full well that a good pair of JO Bass spurs will fetch several thousand dollars at auction and are probably one of the rarest and most valuable makes you could find.